These humble but exciting pecorino ravioli with orange zest and brown butter flavored with rosemary will bring any dinner to a new level!

It’s so exciting making your own pasta. And it’s not even that difficult. Actually I’d say it’s one of the easiest doughs for a beginner. Some may not agree, but I’ve tried many different types of dough and pasta is the only one that was successful every time. Even if it wasn’t perfect, it was managable. Don’t get me wrong, there’s a whole science behind a perfect pasta dough, which I should probably cover in another post, but if you follow some basic rules, there shouldn’t be many problems.

Oh, and one more thing! When you start bringing the dough together it might look a little dry but after a couple of kneads it will hold together much nicely and after 10 minutes of kneading it will start forming tiny bubbles under the surface, which means it’s done. Wrap it up and wait. You’ve got the best pasta dough in th world ready and waiting!

So, we’re making ravioli. It’s a type of filled pasta that comes in many shapes and sizes. The filling can be whatever you like it to be. But since it’s almost New Year’s Eve I’m all about fancy shmancy 😀 So I used pecorino as the main focus of the dish, mixing it with some fresh ricotta cheese and freshly grated orange zest. The zest will give it a kind of richness and freshness. And to make it even more psh we’re adding brown butter with rosemary on top.

The pecorino ravioli are perfectly savory and flavorful on their own, so they shouldn’t be drowned in a strong flavored sauce. Brown butter is just delicate enugh to enhance the flavores but not overpower them.

I’ve never made brown butter before, but once I tried it on these pecorino ravioli, I’m sure it’ll become a regular at our house. The nutty taste of the brown butter is so delicious and very different from plain old melted butter. Plus, you can make it in advance and keep it in the fridge for when the opportunity comes.

Great, so we’ve got everything covered. Let’s get preparing for the New Year’s Eve party and making some delicious orange pecorino ravioli. Have a great party, folks! 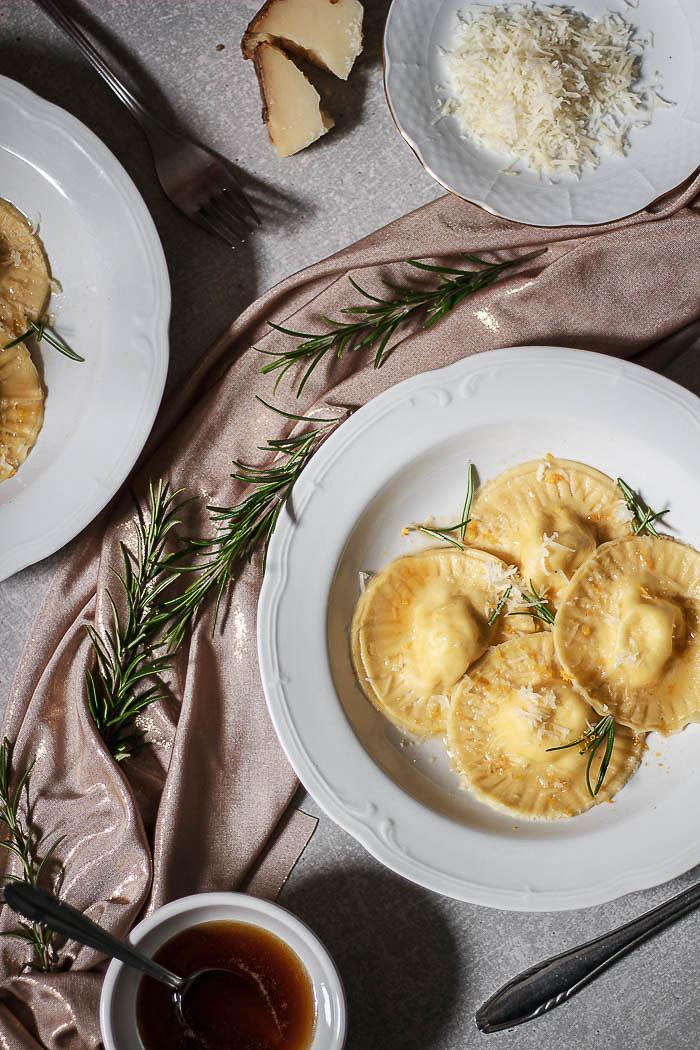 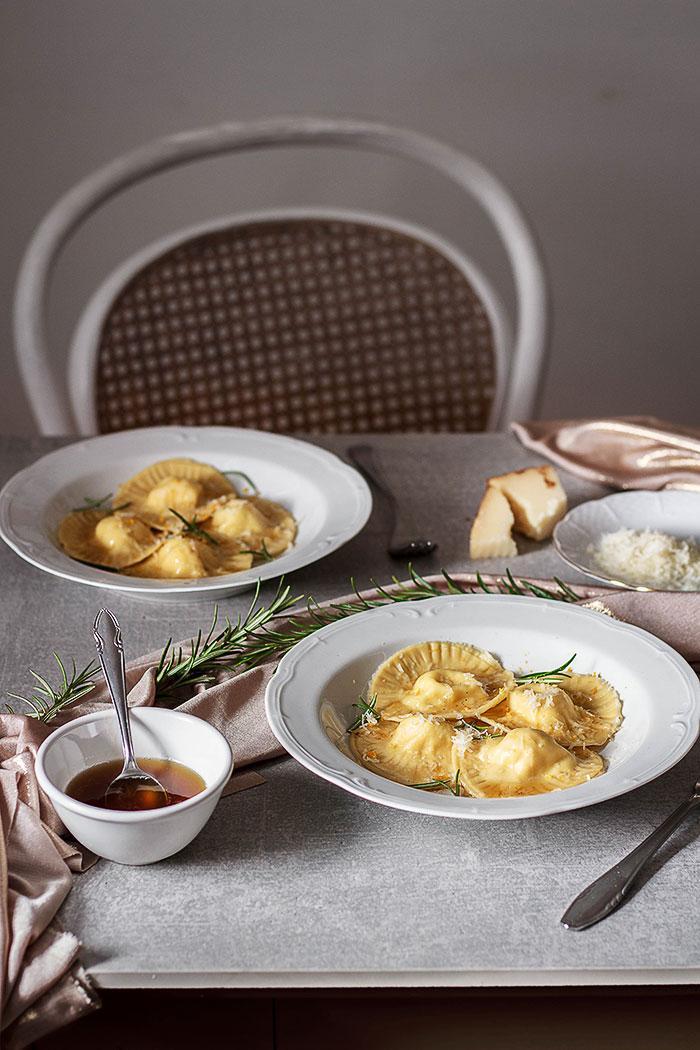 https://www.useyournoodles.eu/wp-content/uploads/2016/12/orange-pecorino-ravioli-7.jpg 1050 700 Anja Burgar https://www.useyournoodles.eu/wp-content/uploads/logo_NEWW.png Anja Burgar2016-12-29 07:18:142020-08-26 07:28:37Orange & Pecorino Ravioli with Rosemary Brown Butter
Scroll to top
We use cookies to ensure that we give you the best experience on our website. If you continue to use this site we will assume that you are happy with it.AcceptDenyPrivacy policy