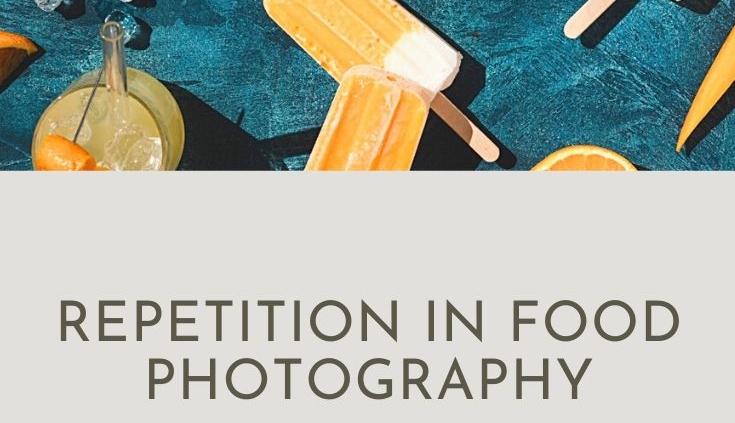 I’ve talked about creating a Symmetrical repetition in one of my previous articles and symmetrical composition is something very beautiful and natural. But when it comes to repetition I think the king of repetition is the inconsistency – the breaking of the pattern.

Our eyes are quite used to seeing patterns and they seem very natural, safe and pleasant to look at. However, when it comes to drawing the eyes to your photo, there’s probably no better thing but to make that pattern just a little bit off. This is something that sparks up questions and makes us think about the photo.

Okay, let’s talk a bit about something that might sound completely off-topic, but here it is. The main subject. A photo should in almost all cases have a main subject. That one element where not only the focus (in the technical term) lies but also the focal point where our eyes are drawn to. And introducing the breaking of the pattern does just that. It brings attention to that one particular part of the photo.

Through a few examples, I’m going to show you a few ideas you can integrate into your photos with patterns to make that one subject pop a little bit more and make it the focal point of the frame.

Examples of breaking the pattern

The photo above is a very classical representation of a photo with a pattern. The way I broke the pattern here was in two ways. First of all, not all the elements are placed in the same way. So even though there are repeating elements in the frame, it’s not overly graphical. And secondly I chose to place two popsicles one over the other for the purpose of breaking the pattern. You can see how this part of the photo now carries a little bit more visual weight and draws the attention.

So in this brownie photo, I did a very similar thing to in the previous photo. Brownies, although amazingly delicious, can look flat and boring quickly, especially when they are laid flat onto the surface. So how did I solve the problem with the boring pattern formed by how the brownies were cut?

I simply turned one of the brownies to the sides. So this way I created the focal point of the photo and what is more, I showcased the insides of the brownie which is always a good thing!

Something similar happens here. We have the spring rolls that are forming this linear pattern, but then that one roll that is cut open shows a different shape – a circular one – breaking the pattern along the way. This is probably the easiest thing to do in food photography – cutting something to break the pattern by introducing another shape.

In food photography, we are often faced with patterns, that we might not even notice. Like in the example of this tiramisu here. The way the cookies are stacked creates a pattern in the dish. However, you can take it a step further. Here I piped the cream in a way that also created an interesting pattern, so I basically made a mix of two patterns. The second one breaking the other one in a very natural way.

Produce photos are a great example of how you can introduce patterns and also how you can break the pattern. I have mostly round shapes in this photo of oranges. However, I cut a few pieces in a different way. I placed one of them in a very bright spot. Note how much variety and playfulness just one irregular shape brings to a photo.

Now, this beautiful radicchio, even though incredibly beautiful and delicious, was not the easiest subject to shoot. It made a bit of effort to make one single element stand out. Here you can see that the shape of the radicchio florets creates a pattern. But how did I break the pattern?

It might be a bit more subtle here than in the previous photo, so let me explain. I made sure that the radicchio that was in focus had a very distinct shape. So basically I chose the best-looking one there was. I made sure all the other ones did not look as perfect (still good, but not perfect!). This made the one beautiful radicchio floret stand out.

Patterns are an amazing way to add interest to a food photo and even though we might not always be aware, there’s almost always one form of a pattern in a photo. With some photos, this is more obvious or even intentional. And when you are aware of the patterns you can exploit that and create a breaking of the pattern, which will add even more interest to the photo.

Let me know in the comments what is your favorite way to break a repetition pattern. 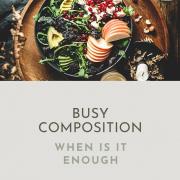 Busy composition – when is it enough? 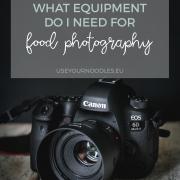 What equipment do I need for food photography? 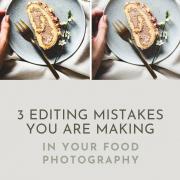 3 Editing Mistakes You Are Making In Your Food Photography 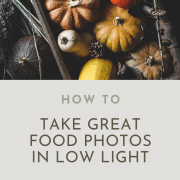 How To Take Great Food Photos In Low Light 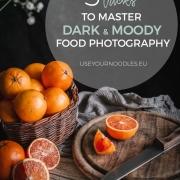 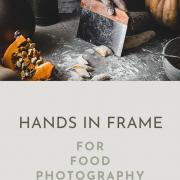 Hands In Frame For Food Photography 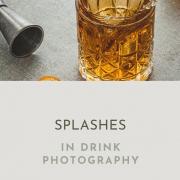 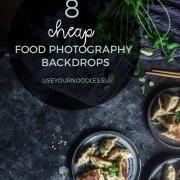